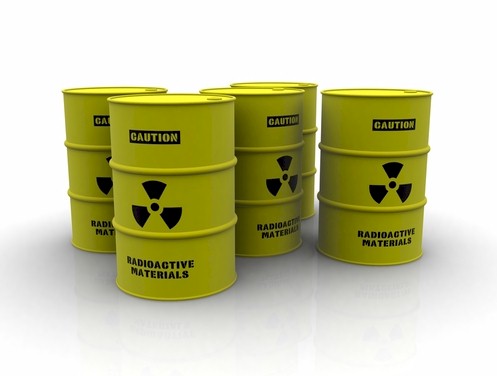 Radioactivity is the commonly used expression referring to the scientifically more correct term of radioactive decay. It describes ionizing particles or radiation emitted from instable nuclei, whether it is a naturally emitting radioactive element like uranium or a radioactive isotope of a commonly stabile element. In fact there are found radioactive isotypes for every element: For instance contains water of a 10 to the power of minus 15 percent part of the radioactive hydrogen isotope tritium. Still, due to this very little percentage, water is not dangerous at all.

Radioactivity is actually used for medical purposes, following the principle of the right dosis for the right purpose. In fact, radioactivity is found everywhere as a form of natural background radiation, which actually plays a role in evolution: Due to a slight background radiation, there is cellular reformation occurring everywhere, all the time, leading to new forms of individuals – only a high overdosis will lead to harmful cellular overreaction like e. g. cancer. This is a question of radioecology.

The most common types of radiation are alpha, beta, and gamma decay, but there are several other varieties of radioactivity. Alpha ray emission is in fact big helium particles emitted in hydrogen fusion. The most popular example is sun, a constant and massive hydrogen fusion, emitting a massive energy output. Alpha decay is about 7000 times bigger than beta decay, which occurs in form of negative or positive ionized radiation: Beta radiation is the result of either a neutron changing to a proton, which leads to the emission of a beta particle with the same mass and charge as an electron, and a number of neutrinos (negative ionized beta radiation), or the change of a proton to a neutron, leading to emission of a positron and a neutrino (positive ionized beta radiation).

During this process, the third commonly known radiation type, gamma ray, is emitted: The positron interacts with an electron, causing the neutralization of both, and two gamma ray photons with the energy equal to the mass of the positron and electron are emitted.

We have been carrying out contract research on various topics relating to environmental radioactivity since 1994:

Radioactivity in wood, pellets and ash